The Evolution of Music 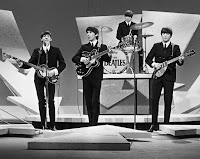 Excellent insight and reflection about music and how it has changed with technology and the ages. I'm from the generation of vinyl records, LPs and 45s, and listening to music on the radio... until MTV, a Walkman, the iPod and Streaming changed it all. I enjoy both worlds -- old school and new media -- but something is lost as you say, community listening and storytelling in music. With so much horrific news these days, where are the original voices speaking truth to power? Where are all the singer/songwriters tapping into our national pride or anger or fear? Where is today's Dion? Jim Croce? James Taylor? Tracy Chapman? Stevie Nicks? I'll tune in or listen to today's music on any platform... just give me a worthy reason to listen along with entertainment.