The Ends of Things 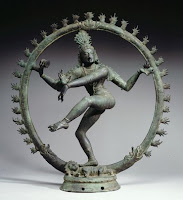 It’s been ten years since the twin towers of the World Trade Center collapsed under their own terrible weight taking all of our innocence with them. The unmitigated horror of that day knocked the breath out of us. Many of us kept walking – life goes on – but our souls still linger at the killing ground where so many lives of incalculable beauty were crushed and destroyed in the name of an ideological beef. But the militant extremists who planned, funded and carried out that attack were not just killing Americans – citizens of 56 countries died in the towers that day including many Muslims. On the seventeenth floor of the south tower there was an Islamic prayer room where devout Muslims from all walks of life met for daily worship. Not that it mattered to the killers. When your heart’s set on killing, nothing matters.

What we learn from loss is this: fate can take everything from us – our husbands, our wives, our children, our home, our money, everything we love, and yet just beyond the veil of this incalculable suffering is a still-point, a changeless refuge, an island in the stream. We cannot name it, conceptualize it or understand it, but there it is nonetheless. Some teachings call it serenity, others call it the peace that surpasses all understanding, and still others call it acceptance. Some have tried to describe it as nirvana, the kingdom of heaven, moksha, satori or sat-chit-ananda. Wisdom traditions all over the world and across the centuries have zeroed in on this universal aspiration: how to navigate this treacherous minefield called life and come out unscathed. The answer? You can’t.

The point is not to avoid suffering. The point is to feel the pain and live your life anyway.
The First Noble Truth of Buddhism is that life hurts. Everything that comes into being goes out of being. Because we live in linear time everything is in constant flux. The ends of things hurt. The one fundamental experience we all have in common is loss.

Among the many gods of the Hindu pantheon one god stands out – Shiva. He is charged with the task of destruction. Like any gods, the Indian gods are simply personifications of the many powers of the one power and presence in the universe, the divine ground, the sacred, cosmic intelligence of the matrix out of which all forms arise and to which all forms return – what George Lucas called the Force. Why then would the act of creation stand out as more sacred or more important than the act of destruction?

In the most common depiction of Shiva he is shown dancing on one foot surrounded by a ring of fire, his other leg sweeping before him like the wing of a bird. In one of his four hands he holds a tiny drum with which he metes out moments of time. In his other up-raised hand he holds the flame of transformation which will consume all forms.

His other two arms sway sinuously near his waist, each hand formed into a gesture, a hand-sign called a mudra. One of the mudras is an invitation to liberation, an opportunity to join in the dance and say yes to change, yes to loss, yes to the inevitable cycles of creation and destruction that swirl in and around us. The other mudra means “don’t be afraid.” Surrender your fear and live in the knowledge that all forms are temporary. Know that beneath the waves of change lies a depth undisturbed. Be liberated from the gut-wrenching illusion that we own any of this, that we have the right to possess or cling to anything. Everything we see, everything we touch, everything we own, everything we love is only on loan to us, and we have to give it all back, sometimes suddenly and without warning. Stay in the consciousness of surrender to this truth and feel your appreciation for the beauty and value of everyone and everything increase. Fall in love with the world and all its folly. Get ready to laugh and love and feel more deeply than you ever have before. It may seem counter-intuitive, but when you let go of everything you will feel closer to everything than you ever have before. It is only in the consciousness of surrender and acceptance that you become truly capable of loving. As Gandhi said, the opposite of love is not hate, the opposite of love is fear, and where there is fear there cannot be love and where there is love there cannot be fear. The two states are mutually exclusive. The consciousness of loving-kindness is just another word for freedom from fear. This is why Jesus, like Shiva, continually told his students to “be not afraid.”

Fear and anxiety are the disease. Surrender and acceptance are the medicine.

In the grace beyond judgments of good and bad, where the lion lays down with the lamb, where tears of joy and tears of sorrow flow together and no one counts them up, there is a deep and final forgiveness where all the thoughtlessness, cruelty, self-centeredness and ignorance fall away leaving us once again awash in our original oneness, returned at last to remain in that state we have only visited in our dreams.

Don’t try to understand it. Feel your way through the thicket of thorns. See, even in the eyes of your tormentor, the frightened child walking within all of us, barking orders and sacrificing beauty on the altar of self-protection. Once we know that our essential self needs no protection because it is imperishable, we soften our grasp, open our hands and release our resentments. Those who were once our enemies are now seen in the light as victims of their own illusions, and with compassion we begin to move out of conflict and into cooperation. Life hurts, and there are enough tears to go around. Let us breathe into the knowing that we are free to choose our thoughts and free to bring to bear on anything we encounter the wisdom dwelling within all of us. We already know how to feel joy and gratitude for the beginnings of things. Let us expand our awareness to embrace with joy and gratitude the ends of things as well.