A Call to Arts 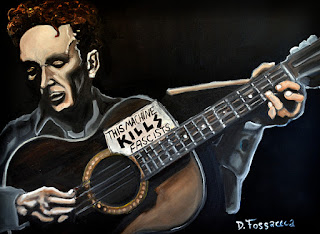 Never before have the arts mattered so much. As hate crimes escalate across the country the need has never been greater for the artist’s sacred calling: to enlarge our imagination, enflame our empathy, awaken our compassion, and inspire us to action. If you are an artist, you are hereby summoned to ply your craft with renewed passion toward a specific aim: bringing light into a darkening world.
This is a call to arts.
Ultimately this isn’t about politics. It isn’t about who won or lost an election. It’s about moral rectitude and the sacred obligation we have by virtue of our birth. We are human beings first, and members of political parties second, and we owe refuge and solace to one another. When the rightful order of the world is threatened, we must rise to defend it, and when the most vulnerable among us are under attack, we must dig deep and find the audacity to fight back.
But the last thing we need is pedantic art – art that talks down to us and bosses us around. We don’t need art that scolds us about peace and harmony. No sermon’s please. What we need is art that opens our hearts, quickens our minds, and leads us to the courage of our own convictions. Dear artists: please trust your audience to reach its own conclusions and plot its own path. That is not for you to say. But what you can do is this – wake people up and draw them deeper into the unimpeachable authority of their own inner experience. Tell the little stories that connect us to the big truths. The heart knows what to do – it must simply be provoked out of its slumber.
Those of us who make art must use every means at our disposal to hold the vision of what is possible. We must both illuminate the dark places as well as the way forward. It is not art’s place to craft legislation, draft policy positions, or establish institutions, but to incite the imagination, because without imagination we cannot have empathy, and without empathy we cannot have morality.
In his 1821 essay “In Defense of Poetry,” British Romantic poet Percy Bysshe Shelley wrote the quintessential manifesto on the proper role of the poet:
A man, to be greatly good, must imagine intensely and comprehensively; he must put himself in the place of another and of many others. The pains and pleasure of his species must become his own. The great instrument of moral good is the imagination; and poetry administers to the effect by acting upon the cause. Poetry enlarges the circumference of the imagination by replenishing it with thoughts of ever new delight, which have the power of attracting and assimilating to their own nature all other thoughts, and which form new intervals and interstices whose void forever craves fresh food. Poetry strengthens the faculty which is the organ of the moral nature of man, in the same manner as exercise strengthens a limb.
For Shelley, poetry, and by extension all art, performs an essential function: by exercising and strengthening our imaginations, art increases our capacity to empathize – to feel the feelings of another – and this is the bedrock foundation of compassion and morality. We cannot be good, in other words, if we cannot imagine deeply and powerfully. Dull imaginations cannot empathize – they cannot imagine the suffering of the other. And if the suffering of others isn’t real for you, you are incapable of compassionate action. To those with extinguished imaginations all talk of morality is but the clanging of bells. This then is the importance of art – to heighten the awareness of our deep and unbreakable interrelationship with one another.
Instead of instruction, the artist must offer pathos. The best art makes us feel more than think – it piques our dreams and floods the parched earth of our once fertile imaginations. Remember being four years old and playing for hours with dust motes suspended in sunbeams pouring through the window? You didn’t need a toy – the world was your toy. Imagination is its own truth.
Poetry, and indeed all art, is inherently subversive because is slips through the cracks of our rational minds and leaks into the depths beyond thought. Art is an end-run around the official position, the norm, the narrative favored by the elite. That’s why the Nazi’s vilified intellectuals, artists, and the media, and it’s why they burned books and paintings as “degenerate art.” They rightly feared art’s transformative power and the fundamentally ungovernable spirit of free-thought. Tyranny requires order. Art defies order at every turn.
Woody Guthrie, the archetypal folk singer, understood art’s seditious nature. He painted the slogan “This Machine Kills Fascists” on his guitar, and he meant it. In 1950 Guthrie moved into the Beach Haven Apartments in Brooklyn, New York. They were owned by Fred Trump, Donald Trump’s father, who had secured millions of dollars in federal funding to build post-war public housing. Trump, arrested at KKK rallies in his youth, displaced people of color from their neighborhoods and established racial codes that excluded non-whites. Then came the rent gouging. Guthrie moved out two years later and wrote a scathing song called “I Ain’t Got No Home/Old Man Trump.” Here are the last two verses:

As I look around it's mighty plain to see
This world is a wicked and a funny place to be
Gambling man is rich and the working man is poor
And I ain't got no home in this world anymore.

What art will you create in the coming months and years? More so than any other form of expression, art is a powerful way of responding to the absurdities in which we find ourselves. Facts, evidence, arguments, and rational discourse have failed. But we still have songs (and novels, short stories, plays, films, photographs, poetry, choreography, painting, sculpture, and mixed media). Art has the uncanny knack of loosening the ties of our despair, turning our attention away from hopelessness, and teaching us to trust ourselves again – that we are enough, and that we, together, can dig deep into our inherent goodness and bring that goodness to bear on a troubled world. Art encourages us, literally. It makes us brave again. No matter how daunting the struggle.
Posted by © Peter Bolland at 8:17 AM No comments:

And So This is Christmas 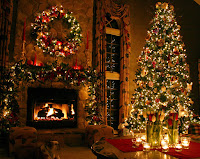