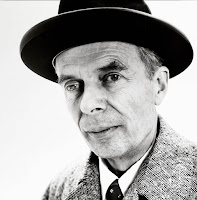 What if beneath the bewildering variety of the world’s religions there lay a small set of
common, universal ideas? What if behind the cacophony of competing truth-claims their lay a unifying silence in which all tensions resolve in mellifluous harmony?

The search for a perennial philosophy is an ancient search. The Rig Veda of ancient India proclaims that “The truth is one – the sages call it by many names.” In the Hellenistic world ancient Greeks and Romans were agog at the bewildering array of spiritual and philosophical systems their conquests revealed to them. Surely, they pondered, these must be a foreground of a deeper universality.

In the European Renaissance of the 15th century the dream of a unified theory of wisdom found new currency in Marsilio Ficino’s Platonic Academy in Florence, and in the exalted humanism of Pico della Mirandola’s bestselling Oration on the Dignity of Man. The longing for wisdom is universal, Mirandola wrote, “because it can be retraced in every tradition.”

Twentieth-century British author Aldous Huxley brought the subject into the mainstream with his 1945 book The Perennial Philosophy which the New York Times in its glowing review called, “the most needed book in the world.” Borrowing the phrase Philosophia Perennis from 17th-century philosopher Gottfried Leibniz, Huxley deftly curated passages from Eastern and Western theologies and wove them together with his own connective commentary.

Here are the five core ideas Huxley expressed throughout his writing career:

That there is a Godhead or Ground, which is the unmanifested principle of all manifestation. Here Huxley articulates the Supreme Being archetype, the universal notion of an ultimate reality or “Ground,” behind all of the names of God – Brahman, Dao, Father, Jesus, Allah, Shakti, Amitabha Buddha, and so on. Whatever it is, it lies beyond the multifarious forms that emanate from it.

The Ground is transcendent and immanent. With this Huxley affirms a key paradox – that ultimate reality is at once beyond and within us. Whether it’s the panentheism of Vedanta, the universal incarnation (and salvation) of progressive Christianity, the Buddhist concept of Dharmakaya, or the Sefirot of Kabbalah, this idea finds expression in theologies everywhere.

That it is possible for human beings to love, know, and become identified with the Ground. Here Huxley illuminates the upward spiral taught in all wisdom traditions – a journey from lower consciousness to enlightenment and oneness.

That to achieve this unitive knowledge, to realize this supreme identity, is the final end and purpose of human existence. Our hunger for wisdom is not a personal choice but an innate imperative. Like salmon swimming upriver to spawn at the place of their birth, we long to return to the source from which we and all things come and not only understand it, but become it.

That there is a Law or Dharma, which must be obeyed, a Dao or Way, which must be followed, if humanity is to achieve its ultimate purpose. Ancient sages left behind maps, books, and practices which, if followed, would facilitate our awakening. We don’t have to reinvent the wheel. The perennial philosophy is in all the books we already own.

If Huxley’s right, and I think he is, then all religions are true – as metaphors or maps. At their best, any of them will work. Or as 18th century Hindu saint Ramakrishna put it, “Many paths to the summit.” But a map is only as good as the traveler. It is we who must do the walking.

[This piece was originally published in my A to Zen column in the March/April issue of Unity Magazine, and is reproduced here by permission.]