The Veil of Perception

At the height of the Renaissance, as Michelangelo, Raphael, and Da Vinci were crafting their masterpieces, the prevailing theory of perception was that light emanated from the eyes, not the other way around. We can laugh now about their error. But then you wonder – what beliefs do we cling to today that will one day appear as folly?
Many of us walk around assuming that our eyes are cameras faithfully recording a real world of objects. Um, you better sit down. You aren’t going to like this.
Turns out perception is not a passive act of apprehending objective reality – instead, it’s a highly interpretative act that transmutes raw data into recognizable shapes formed largely within our own imagination.
There’s a word for this phenomenon in Sanskrit – maya. In their philosophical investigations the ancient Hindus realized that the perceptual field – the world as presented to us by our five senses – was maya, an ephemeral realm of thought-forms one step removed from the energy field that generated them. In other words, what you and I call “the world” or “reality” is a creative, collaborative act built on a delicate dance between perceived and perceiver.
In the end, the world of maya – all of these shapes, colors, sounds, sensations and the ideas we build upon them – acts as a veil that ultimately hides true reality from us. And what is that true reality? It is Brahman, the sacred formless ground of being from which all forms emerge and to which all forms return. In a word, God.
For example, let’s examine the so-called solidity of the material world. My senses tell me that I live in a world of solid, relatively stable objects. This desk is just as it was yesterday, as is this room, and this house. But at the atomic level, so-called solid matter is 99.99999% empty space. I don’t know about you, but when I see five nines after a decimal point, I round up. It turns out that the allegedly solid world is 100% empty space, a fact my sensory apparatus are too crude to perceive.
As Einstein and others showed us in the last century, at the atomic level, the old Newtonian duality between energy and matter disappears – there is only energy. What you and I call matter is energy. All of this is only Brahman. My body, this coffee mug, the Empire State Building, everything, is a vibrational apparition. The mistaken belief that there actually is a substantive world of distinct objects is called by Deepak Chopra “the superstition of materialism.”
Every wisdom tradition reminds us of the transitory nature of all forms. This heartbreakingly beautiful world is a shifting cloud. But behind the veil of maya lies an immutable realm beyond perception and beyond thought. We can’t touch it, see it, or understand it. But we can experience it.
Spiritual teachings offer maps and methods for this shift. Study, prayer, sacred service, and meditation are the most common. But it might even be simpler than that. Embrace the method of no-method. Take a walk through your neighborhood. Watch the sky. Listen to the sounds of the city. Hear the songs of birds. Feel your own heart beating. Let go. Slip beneath the thought-stream, a shift not so much achieved as allowed. If everything is Brahman, not one of your steps leads away from it. How can you seek what was never lost? How can you become what you already are?

[This piece first appeared in my column "A to Zen" in the September/October 2018 issue of Unity Magazine, and is reproduced here with permission.]
Posted by © Peter Bolland at 8:01 AM 1 comment:

The Heart of Being 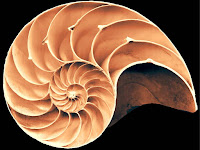 
There’s no doubt that psychological healing modalities – talk therapy, wisely applied pharmaceuticals – have healed families and saved countless lives. But by ascribing nearly every form of human suffering to mental health imbalances we might be missing out on a deeper, even more foundational dimension.


Western psychology is after all only a hundred years old. With roots in the groundbreaking work of Sigmund Freud and William James, psychology was born largely out of the medical sciences. Some maladies could simply not be traced to physiological causes. They seemed to rise up out of the uncharted depths of the mind. And if we wanted to do anything about it we needed to chart those depths.


In the twentieth century psychological knowledge grew by leaps and bounds. Mistakes were made, as in any endeavor, but great gains were realized. As James taught us, we ought to judge the value of any practice by its pragmatic value, that is, by whether or not it works. Are there measurable positive benefits? Good. Then we’re moving in the right direction.


But what if the psychological approach alone is not enough?


What did people do before the invention of psychology? To whom did they turn when suffering from debilitating sadness, alienation, anxiety, or worse – suicidal fantasies, psychosis, and violence? They turned to the tribal healer, a multi-faceted practitioner knowledgeable not only in botanical medicine, but also in divination, shamanism, and ritualized spirituality.


In other words, what we now call psychological problems were for 99% of human history known as spiritual problems. Maybe it’s time to reacquaint ourselves with this perspective.

Throughout the world’s mythologies and religions there is a unifying archetype – the idea that the sensory world is a foreground behind which lies a hidden background beyond the reach of sensory or even conceptual awareness. And that this unseen background is superior to and in fact the source of the foreground. Most cultures conceptualize and personify this hidden background as gods or goddesses, or as the one true God. Others understand it to be a non-conceptual, impersonal force like Dao, Brahman, or Being. But the fact remains – everything in the seen world is rooted in the unseen world, (and in the end both are simply dimensions of one singular reality). When we lose our original relationship to our sacred source, by whatever name you call it, we feel lost, alone, frightened, and deeply unwell, as if we’d been hollowed out. For indeed we have.


Spiritual practices then are designed to bridge the two worlds so that the infinite wisdom and creative energy of the unseen world can imbue the seen world with its restorative powers. This is why we pray, worship, study, meditate, chant, walk the labyrinth, serve, and perform all manner of sacred acts. Throughout time and across cultures an unshakable realization has taken hold – our lives are an expression of that unseen source, and the closer we stay in touch with it the closer we stay in touch with our own essential nature.


Organized religions began with the best of intentions. But for many of us, their attempt to codify these insights into narrowly define doctrines and practices did as much harm as good. It is the sad history of all institutions that their original intentions are eventually and inevitably drowned in a sea of self-preservation. Soon it is not the teachings of the founder that matter – it is the maintenance of the institution that matters. Many of us still participate in the faith traditions that have meaning for us, while at the same time maintaining somewhat embarrassed distance from the most regrettable aspects of our tradition’s teachings. It is often the case that those who most stridently claim to speak for God have the least to say of any value or consequence. As Laozi put it, “Those who know don’t say, and those who say don’t know.”


That is why more Americans than ever before are defining themselves as spiritual, not religious.


It would be foolish to advocate for the abandonment of the psychological model in favor of the spiritual. For me, it’s never either/or but always both/and. I see both psychology and spirituality playing crucial roles in the maintenance of our sanity both individually and collectively. I have benefited greatly from periods of psychotherapy in my life, and I have been woven back together again and again by spiritual practices. I see absolutely no reason not to use every tool in the box.


So what now? What drove me to a study of philosophy and religion in the first place many years ago was my own alienation and depression, coupled paradoxically with a nearly ecstatic conviction that the universe was a holy place. I could feel it. I felt it just on the other side of the sadness, on the other side of the curtain – that infinite healing, ungraspable beauty, the mesmerizing thrum of the sublime. I didn’t have words for it, but it called me into its heart. The closer I got to it, the more I came home to myself.


For me, philosophy, religion, and spirituality are healing modalities, like talk therapy, surgery, and pharmacology. And when I look out at the world, and within myself, I see an endless need for healing. That’s what drives me to this work.


For 27 years I’ve been teaching philosophy and religious studies in academic settings. And for the last ten years I’ve ventured further and further off campus to bring the life-changing insights of the world’s wisdom traditions to audiences far and wide. For the last four years I’ve been leading meditation workshops teaching and encouraging others to deepen into the wisdom welling up through the cracks of their own suffering. And through it all my guitar was always close at hand – I keep writing and performing songs from this same place – the longing for healing and connection.


And all of that work is coming to a head on Saturday, September 8 when I’ll be facilitating an all-day retreat at The Chopra Center in Carlsbad, California called “The Heart of Being.” My partnership with The Chopra Center, one of the world’s premier spiritual healing institutes, is a wonderful synchronicity – we were bound to cross paths one of these days. And when we did we both agreed that what we wanted to create was an all-day immersive experience where all of these different elements were woven together into an integrated whole – guided meditation, philosophical inquiry, spiritual practice, meaningful dialogue, interactive engagement, musical performance, and more.


What’s at stake? Everything. As Ramana Maharshi said, “Your own Self-Realization is the greatest service you can render the world.” After our day-long retreat we will return to our messy and wonderful everyday lives renewed, realigned, and restored to our rightful place in the centered wholeness of the Heart of Being.
Posted by © Peter Bolland at 7:44 AM 1 comment: