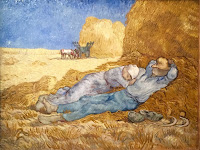 Compassion isn’t for wimps. Opening your heart to the suffering of others is dangerous, high-risk business. It could cost you your peace of mind, damage your reputation, and confuse the not-so-innocent bystanders. It might even cost you your life.


Compassion isn’t soft and fuzzy, it’s bold and tough. It’s the conviction to love no matter what the cost. Compassion sets self-interest aflame, burns down the ego, and sows seeds in the tear-soaked ashes.


Compassion threatens institutional power, official explanations, hallowed doctrines, and traditional ideologies. Compassion might even threaten our conventional notions of law, morality, and ethics. In fact, compassion threatens all systems, because love is not a system, it’s not a thought, it’s not a concept, and it sure isn’t a doctrine – it’s a living, breathing embodiment of the eternal formless sacred here in the realm of temporal forms. It eludes our grasp, while simultaneously forming the very fabric of our being. We cannot understand compassion. We can only be compassion. In fact, we must.


The world’s wisdom teachers and traditions have been singing this song since the beginning. The 4th century B.C.E. Chinese philosopher Mencius argued that compassion was one of the “four sprouts,” along with righteousness, propriety, and wisdom. These four virtues are innate potentials, not a fait accompli. The sprout metaphor is a lively one – like young, tender shoots our virtues must be nurtured, cultivated, and strengthened through use.


But even in the least practiced among us, the four sprouts are present. Who among us, Mencius asked, when seeing a child fall into a well, would not rush to save them? Not to gain favor from their parents, or to bolster our standing in the community, or for any other extrinsic motive, but because it is in our nature to feel deeply the suffering of others and to act on those feelings.

Still, compassion is a tendency, not an inevitability. As Mencius taught, human beings tend toward goodness the way water tends to run downhill, and water can be blocked or diverted. Just because human beings have a benevolent nature does not prevent them from choosing indifference or worse. Far, far worse.


In Buddhism, compassion is the natural consequence of enlightenment. Awakening from the dream of separateness, moving beyond the limits of conditioned consciousness characterized by craving and fear, the boundaries between all forms become diaphanous. Everything bleeds into one. The suffering of others is finally seen for what is it – our suffering.


When Jesus counsels us to love our enemies and forgive them for they know not what they do, he is calling us to our compassion – to learn how to see the secret heart of our enemies and find our common humanity there. A tall order, but possible, if we allow our inner light to shine brighter than the darkness of our egotism. Agape, the Greek word the Gospels use for love, is more an act of will than a feeling. We have to choose love, especially when we don’t feel it.


So which is it? Is compassion spontaneous or an act of the will? The mind gets caught up in the whirlwind between such paradoxes. The answer is never either/or but always both/and. Compassion is inclination, not destiny. We must first feel it, then choose it, again and again and again. And through practice, we strengthen our capacity to feel the suffering of others, thereby tempering the metal of our fiercely loving hearts.


[This piece was first published in my A to Zen column in the January/February issue of Unity Magazine and is reproduced here with permission.]
Posted by © Peter Bolland at 4:49 PM No comments: