The Sacrament of Food

Maybe the most sacred space in your home is not the yoga room, or the altar with the candle, or the chair by the window where you meditate and pray. Maybe the most sacred room in your house is the kitchen.
Food is a daily ritual, one that we mostly overlook. Caught in the grip of a modern world moving way too fast, many of us eat on the run, thoughtlessly shoving food into our mouths from fast food bags and microwave trays. The nutritional and environmental costs of these short cuts are well documented. But have we tallied up the spiritual cost?
Some of us are making changes, trading in the Fast Food Nation for the Slow Food Movement, and voting with our forks for a world that better honors the earth and ourselves. We’ve learned that there are scores of local farms growing organic produce, employing sustainable agricultural practices, and treating animals humanely. And by eating locally produced food, we drastically cut down on the fossil fuel wasted to transport food over great distances.
What exactly is food anyway, and how can we use it more mindfully?
Food is energy embodied. Through photosynthesis, a plant turns the light of a nearby star into the cells of its own body. When we eat plants and animals, we are eating stored starlight. Then we use this energy to build the material of our own bodies. We are made of light.
Food is a sacrament because all food comes from sacrifice. No matter where you are on the vegan to omnivore spectrum, all food is made of formerly living things. Each of us must decide for ourselves where to draw the line, mindful of the fact that all eating kills.
Many of us are awakening to the moral impact of our food choices. We are no longer just shopping for the cheapest eggs. We want to know about the living conditions of the hens and how much fuel it takes to bring the eggs to market. We are willing to pay a little more for local, free range eggs, knowing that our consumer choices are the most powerful and direct way of affecting the food industry, and thereby, ourselves.
But no matter what the source of our groceries, now comes the transformation of these raw materials into a ritual meal. When we feed ourselves, our families, our friends and neighbors, we share with each other a mystical communion that connects us to the very energies that animate the cosmos. Ancient people understood this. Even the Eucharist ritual in traditional Christianity echoes this archetypal truth. The energy of the universe is sacred. And when we partake of that energy consciously, mindfully and reverently, we become sacred too.
One way to honor this process is to get organized. Before you begin cooking, clean your work space, gather your tools and pre-measure your ingredients. The French phrase for this is mise en place, or “putting in place.” If your process is chaotic, your results will be chaotic. All of the functions of our lives, including our spiritual practice, would improve if we took on this simple responsibility.
Focus on one thing at a time. When you’re mincing shallots, mince shallots. When you’re filleting a salmon, filet a salmon. A divided mind is the enemy of awareness. That’s when you burn the butter, drop a glass or cut your finger. Be fully present in every task. Only then do pathways and solutions appear.
Keep it simple and let the ingredients speak for themselves. Avoid needless flash and pointless ornamentation. When possible, eat in season, eat fresh, eat local, and let the natural flavors, aromas, textures and colors of your ingredients guide your hand. As in life, enhance what is given instead of imposing arbitrary plans. You don’t have to use every ingredient in your pantry. Less really is more. When in doubt, leave it out.
Don’t put all your stock in the end result. Make every step of the journey a destination in itself. The process is the outcome. “Sometimes it’s better to travel than to arrive,” wrote Robert Pirsig in Zen and the Art of Motorcycle Maintenance. Sometimes the meal you slaved over all day doesn’t turn out right. But you have most certainly not wasted your time. By fixating only on end results, we miss out on the joy of becoming. Let the path itself be your reward.
Before you begin, take your emotional temperature. Don’t cook in the consciousness of resentment. Cultivate gratitude. Honor the plants and animals that gave their lives for your table. Respect the fishermen, ranchers and farmers whose tenacity and passion brought you the fruits of the earth from every corner and continent. A sacramental offering is placed before you upon the altar of your kitchen counter. Don’t poison it with self-pity. Preparing food is not a burden – it is a sacred ritual.
Food is communion that erases all boundaries. When we gather around tables like spokes around a wheel, we draw each other into a sacred hoop that affirms us all in our humanity and deepens our awareness of the sacred nature of every breath, every word and every gesture. A chef is a shaman, a priest and an alchemist who uses fire to transform the base elements into the Elixir of Life. Cooking and eating binds us to ourselves, to each other, and to the sacred source from which all things come.
Are we eating mindlessly or mindfully, randomly or deliberately, cruelly or compassionately? There is no line that separates our food habits from the rest of our lives. The way we eat is the way we live. How we eat is who we are. Let us affirm that which is best in us and in each other through the sacrament of food.

[An earlier version of this article called "Eat, Drink and Be Mindful" first appeared in the January/February 2013 edition of Unity Magazine, and is reproduced here with permission.  Both of these articles were based on my earlier piece called "Ten Truths From the Kitchen."]

A Year of Living Gratefully 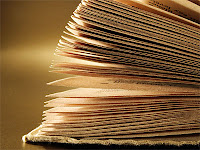