The Rock of Sisyphus

Sisyphus led a treacherous, murderous life, and he was rightly punished for it. Zeus sentenced Sisyphus to an eternity of pushing a rock up a hill – only it was an enchanted rock, and every time Sisyphus reached the summit it would roll away and tumble back down to the bottom.

Sisyphus would begin again. But he never complained. He accepted his fate. In fact, he more than accepted it – he embraced it.

In his essay “The Myth of Sisyphus” French existentialist philosopher Albert Camus finds something heroic in Sisyphus’s resignation. No one would blame Sisyphus for giving up and muttering, “Why bother?” But he doesn’t. In spite of the apparent meaninglessness of his task, Sisyphus’s resilience imposes meaning. Life is absurd says Camus, yet we get up every day and do it again anyway. And it is from our struggle that meaning comes.

We do the laundry even though our clothes will just get dirty again. We empty the trash knowing it will fill back up. We put gas in the car even though it will be soon be empty. We go to work and have the same conversations about the same subjects with the same people, drink the same coffee, tackle the same challenges, face the same absurdities, and watch helplessly as the inbox grows faster than the outbox no matter how hard we push.

It’s never finished. We’re never done. There is no such thing as the end of the road.

Sisyphus reminds us of the cyclical nature of our work. Life is not linear – it spirals into the future in a series of concentric arcs. Here it is Tuesday again, here it is lunch again, here I am washing my bowl again. Déjà vu is simply the recognition of this fact: we have been here before, many times.

In the face of this repetition we might be forgiven for slipping into despair. “What’s the point,” we might mutter in our more melancholic moments. But despair isn’t inevitable. In fact, maudlin resistance to the apparent absurdity of life is, when you come right down to it, a pretty lousy read. In Camus’s final analysis, the world is neither absurd nor not-absurd – it is indeterminate. It is left for us to decide. Only we can carve the shape of our own meaning. That is why Sisyphus is such a hero to Camus. It doesn’t get any more meaningless than pushing a rock up a hill. The rock doesn’t do anything, it isn’t for anything, and it’s just as useless at the top of the hill as at the bottom. Yet we must see Sisyphus as triumphant.

Like Sisyphus, we have the power to turn our fate into a blessing. We cannot change the past, nor most of the conditions around us, but we can always choose new thoughts about those events and circumstances. In the boundlessness of consciousness, we are radically free to impose meaning onto the absurdity of life. It is only from our willful commitment and decisive action that meaning emerges. Life is not a fantasy – it’s an activity. When we come out of our head and into our body, life springs from every pore. When you throw your shoulder into the rock and push, the meaninglessness of the world disappears like a bad dream in the light of day.

When we perform our duty, says Krishna in the Bhagavad Gita, we participate in the divine play through which the whole universe comes into being. Of course we never accurately assess the value and scope of our work. How could we? We cannot see all the ripples that emanate from every intention, every gesture, every word, and every action. We must simply trust that we are enough. What else can we do? We are only one man, one woman. There is quiet heroism in facing every challenge nobly, and in playing our part in the great unfolding. Despite how it feels in our worst moments, everything matters. There are no small parts, only small actors.

[This piece was first published in my "A to Zen" column in the July/August 2016 edition of Unity Magazine, and is reproduced here by permission.]


“Tell me, what is it you plan to do with your one wild and precious life?”
~ Mary Oliver, The Summer Day 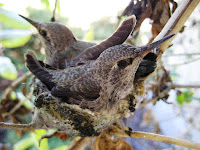