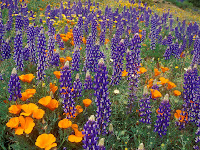 “No one should abandon duties because he sees defects in them. Every action, every activity, is surrounded by defects as a fire is surrounded by smoke.” – Krishna, Bhagavad Gita 18:48
In every creative act – from planting a garden to writing a song, from baking a cake to raising a child – you fall short of the ideal. Nothing ever comes out quite the way you thought it would.
The aim for perfection sharpens our decisions and hones our actions. But in the end we must abandon perfection and surrender to what is. There is no shame in acknowledging limitations. We have to learn to let the accidents along the way lend their hand to the shape of things. We don’t control most of what happens. None of us does anything alone. Every act of creation is an act of co-creation.
I was writing a song the other day. I had a couple of good verses, but I needed a chorus. I tried and tried and tried to wrest one from the ether, but I just couldn’t find it. I settled on a woefully inadequate place-holder chorus, a stand-in until the real chorus came along. Each time I sang the song I cringed. I thought the chorus was awful. Then something odd began to happen. As I sang the song over and over, the place-holder chorus started sounding better, as if it had been the right one all along. The chorus wasn’t the problem. The problem was me.
I recently performed the song for the first time in front of a packed house. It got the loudest applause of the night. After the show, that was the only song people mentioned to me, again and again. My initial, knee-jerk rejection of the chorus, based on who knows what, was way off.
It’s important to discern the good from the bad, the effective from the ineffective, to separate the wheat from the chaff. But playful humility leavened with a dose of patience frees us from the tyranny of our prejudice. It is often in our best self-interest to admit that we are wrong. What we initially misjudge as bad might turn out to be a hidden jewel not entirely of our own making.
As a six year old boy living in Canada, Neil Young caught polio, a frightening disease of the nervous system that often left its victims without the use of one or more of their limbs. He recovered, but he was never the same. I sometimes wonder if Neil Young would play guitar the way he does had he not contracted polio. Would he hunch over his Les Paul a little differently? Would he have become more of a finesse player instead of settling on his trademark thumping claw hammer style? Would he have written hundreds of brilliant songs about the pain of isolation and loneliness had he not suffered the terror of a life-threatening disease at such a tender age? “Behind every beautiful thing there’s been some kind of pain,” sang Bob Dylan in his song It’s Not Dark Yet. It is from our wounds and imperfections that beauty arises. If we really understood this would we rush to mask every flaw, numb every pain, and sand smooth the sharp edges of our lives? “There is a crack in everything,” sang Leonard Cohen in his song Anthem, “that’s how the light gets in.”
There is an old Indian story about a young girl whose job it was to fetch water for her village. Every morning she would walk down the long path to the river and fill two large clay jars. When they were full she would fasten them to both ends of a yoke and lift the yoke onto her shoulders for the long walk home.
One morning when she reached the village she noticed that one of the jars was a lot lighter than the other one. She looked behind her and saw a thin line of dark, damp soil alongside the path. One of her jars was cracked.
“What a shame,” she thought, “what a waste. My stupid, leaky jar has wasted water and wasted my time.”
She told her grandmother about the leaky jar.
“It’s o.k.,” she said, “just do the best you can.”
Everyday for many weeks the young girl continued to do her best, but everyday the jar over her right shoulder leaked all the way home from the river. She became increasingly frustrated. She even began to hate the leaky jar. She felt like a failure.
Then one day the young girl woke up with a terrible sickness. She was so weak she couldn’t stand. No one in the village knew what was wrong with her. For two weeks she laid in her hut feeling awful. She didn’t know what was worse, the sickness ravaging her body or the shame of not being able to fulfill her duty.

Finally her strength returned. Her grandmother came into the hut.
“Come with me little one,” she said, “I have something to show you.”
They walked out onto the dusty path. The young girl couldn’t believe her eyes. On one side of the path, the side where the leaky jar had spilled, a long line of beautiful flowers grew. Orange poppies and deep blue lupines wound along the path all the way down to the river, as if the orange sun and the blue sky had poured themselves out onto the earth.
“See,” her grandmother said, “there are no mistakes. The Great Spirit moves through all things and works with what is, not with what should be. Remember this when you are sad and angry at your own imperfections.”
Inevitable flaws and unintended outcomes plague all of our actions. Some of the outcomes are good, like flowers nourished by a leaky water vessel. Some outcomes are bad. Feed the homeless and you create a destructive cycle of dependency. Write reasonable laws to protect people from poison and you fill the jails with harmless drug addicts. Send humanitarian aid into war-torn regions and you enrich local warlords. The laws of karma are beyond anyone’s control. No event stems from a single cause, just as no event results in a single effect. The best we can do is to try to do what’s right, and let go of the outcome.
As we embrace our imperfection we know that there will always be collateral damage as well as unintended beauty. It is our sacred duty to draw on the fire of our hearts and minds to light the world. And where there’s fire there’s smoke.
Perfectionism prevents action because no outcome is ever perfect. Only those willing to make peace with imperfection, only those willing to let there be cracks in the world, only those willing to let their work be flawed leave space enough for the good to get in. If you say no to imperfection, you rob the world of the light that gets in through the cracks.
Posted by © Peter Bolland at 8:15 AM 2 comments: