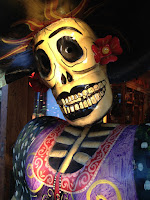 I think a lot about aging and dying these days. No, nothing happened. I’m fine. It just hits you sometimes – we don’t have forever.


If you’re paying attention at all you can’t help but notice – everything moves around us like a comet. Events, people, problems, and gifts sling in out of deep space, loom into view, come so close we can touch them, then slip through our grasp to recede into the darkness beyond all reckoning. The trick is not to think about it too much. Just stay present to what’s right in front of us. Pay attention. It all goes by so fast.


After Socrates was tried, convicted, and sentenced to death by the Athenian court, he awaited his execution in prison. His friend Crito came to see him. Crito considered himself well-connected, and presented Socrates with a proposition. I have the guard bribed, he said, the warden bribed, and a sailboat is awaiting you in the harbor. But Socrates refused to escape. He considered it an admission of guilt, and immoral besides. As a devoted Athenian citizen and decorated war hero who’d benefited from Athenian citizenship his whole life, he argued that it’s irrational to obey laws in your own interest while breaking laws against your interest. If we do that, he said, we violate the very concept of law and regress into naked self-interest. But there was an even deeper reason Socrates refused to escape.


As his friends gathered around him in the final hours, their grief was profound. They loved their old philosopher friend, a virtuous and charismatic teacher who exemplified for a generation of Athenians the courageous and noble pursuit of wisdom. As Socrates lifted the cup of hemlock to his lips they wept. Yet he remained calm, good-natured even. How, they asked, can you be so accepting of this horrible fate? He turned to his friends and said, the philosopher rehearses his own death. In other words, if you really love wisdom, and if you’re really honest, then you have to admit that none of us knows what death is. How can we be afraid of something we cannot conceive? Fear has no place in authentic wisdom, Socrates taught. And then there’s this – what if being dead is better than being alive? I mean, we don’t really know do we? So living in fear of death is the height of folly.


What does it really mean to rehearse one’s death?


“Rehearse,” from the Old French rehercier, originally meant “to go over again” or “repeat,” or literally “to rake over,” and “turn over,” as in turning over the soil for planting. Rehearsing one’s death then means to face it again and again, engage with it, work with it, prepare for it, learn it, and turn it into a productive field of insight.


Rehearsing our death means practicing deep acceptance of the transitory nature of all things. To everyday let go of everything you love, to live each day as if it were your last, and to embrace your loved ones as if you were about to be forever parted. There is no time for half-hearted commitment. Only whole-hearted will do. This, for Socrates, was the examined life – the only life worth living.


By not rehearsing our death, we live in an illusion, falling prey to all manner of distortions. We slip into the illusion that we are a permanent, isolated identity. We fall into the illusion that our current belief system is true, pitting us in eternal conflict with all other perspectives. We dangerously ascribe to all sorts of tribalisms, nationalisms, and other deleterious parochial maladies. We trade in our vulnerable humanity for false security. But in the light of wisdom we realize the fluidity of the self, the poverty of group-think, and the provisional nature of all truth claims. We grow willing to relinquish our illusions in exchange for full membership in the loving community of consciousness that transcends self, ideology, tribe, ethnicity, and nation.


In Carlos Castaneda’s wonderful, controversial account of his apprenticeship with the Yaqui shaman Don Juan, death played a prominent role. Don Juan taught Castaneda that our death is always present, lurking just over our left shoulder. Knowing he is always there, like a good friend, we acclimate to his close proximity. We get used to him always being around. His nearness frees us from the pettiness of our lives. We get better at letting the little things go. With death as a constant companion, our priorities shift, our values clarify, and our courage tempers into steel. We quickly drop perceived slights (since there is no more ego to defend), and move instead into the consciousness of forgiveness and gratitude. Every moment becomes a shining, singular miracle – a gift of infinite grace. In the words of the Jewish mystic Abraham Joshua Heschel, the world becomes “bereft of triteness.” Banality transforms into significance. Boredom becomes impossible.


But if you are unwilling to make friends with your own death – your own fluidity, your own impermanence – you close yourself off from its gifts. You sentence yourself to a life of illusory self-importance, confusion, suffering, and disappointment. The fullness of the beauty of the world eludes you, the grandeur of human creativity evades your grasp, and the delirious depth of love remains only a rumor, not a lived experience. Our death is always hovering nearby, trying to cajole us into our own best lives. But we keep running away, pretending he isn’t there.


This, after all, is the source of all our pathologies – we think we have forever. We think there is always time. That tomorrow exists. But it doesn’t. Not really. It exists only as an idea in our heads. It’s not real. There is always only this now moment. And in the eternal present, all is well – every fear unfounded, every longing met, every question mollified.


Instead, we idolize the past. Some of us live in the illusion that everything used to be better, and long to return to the good old days. We obsess about our looks and spend thousands of dollars on skin treatments, hair color, cosmetics, and even surgery to turn back the clock, mistakenly thinking that if we could be anywhere other than here, anytime other than now, anyone other than who we really are, we’d be happy. What a torturous pursuit.


Sure, blame the culture. Blame the cosmetics industry. Blame the media. Blame advertising. Blame corporations. Blame Photoshop. But they are just a mirror held up to our own fear, and our belligerent unwillingness to make nice with our old friend death.


Summer’s winding down and soon the leaves will turn brown and red and gold. They’ll fall in spirals to gather in drifts, clattering down the street in the autumn wind. The days will grow shorter, the nights colder. Winter is coming. We love the changes. But we fear them too. Because we know we only have so many autumns left, so many winters. What if this is our last summer, our last hot day? If we knew it was our last, would we waste it complaining? Would we label it a hardship? Or would our hearts open laughing to delight in its embrace? It’s never too late to awaken to the truth and renounce the illusion of permanence. It’s never too late to really, fully come alive. All you have to do is rehearse your death, and receive its gifts. All you have to do is know, really know in your bones, that this is it.
Posted by © Peter Bolland at 7:31 AM 2 comments: